I had never made a piece of work with the intention of teaching others how to fold. In the first place, I thought that the works I could make with my own ability would not be attractive enough to teach others. I was also afraid that if I tried to make my work as simple as possible in order to “teach others,” I would limit the range of my expression.

However, even simplicity can become beauty if it is mastered. Through this work, I have come to believe that.

1-1. Coexistence of ease of folding and design

It is difficult to create a work that is easy to fold with a great finish, because good design is constrained by ease of folding. But then it occurred to me that even within my own works, the simpler shapes have a more beautiful appearance.

I had been thinking about this, but then it occurred to me that the pieces I have folded in the past have ended up looking more beautiful when they were easy to fold.

I think the most important ability in origami design is the ability to know what the paper will look like when folded. That is to say, the ability to fold a virtual piece of paper in your mind.

I’ve been working with origami for a long time, and I’m finally starting to be able to imagine some of the shapes I can make by folding paper. However, it is difficult to imagine how big it will be. It is very difficult to always think about how much paper area will be folded by folding.

Nevertheless, it is very important to represent the legs and head of a creature in the correct proportions in order to express the creature’s character. The theme of this year’s workshop was to understand the exact proportions from a sensory perspective.

1-3. Expressing a creature with only straight lines

In this project, I tried to do so with the theme of dolphins, which are characterized by their beautiful curves.

First of all, I need to know about dolphins. I looked at illustrated books, searched for pictures on Pinterest, and watched videos to deepen our understanding of their ecology and shape.

During this process, I noticed that when I see a blue and white streamlined object, it somehow looks like a dolphin, even if it has no fins or anything. It may just be because I think “dolphin”, but dolphins seem to be familiar to me to the extent that dolphins are an option in my reflexive thinking.

2-2. Expression of the dorsal fin

The easiest way would be to use a right angle bisector as the dorsal fin. However, if I did that, it would look like a shark for some reason. I think this is because the dorsal fin of a shark is more like a right triangle and is also longer than that of a dolphin.

To solve this problem, I decided not to change the structure of the right triangle, but to express it as a slightly bent body. As a result, the dorsal fin appears to be tilted at an angle, closer to that of a dolphin.

2-3. Expression of the tail fin

Initially, I was thinking of expressing the tail fin as a simple triangle. However, it soon became apparent that this would not match the resolution of the dorsal and pectoral fins. So, I searched for a more realistic representation.

I struggled with the position of the corners of the pectoral fins. The easiest way was to use the overlapping paper used for the dorsal fin, but if I didn’t think about it, the pectoral fin would look too big or appear to be coming out of an odd position.

In the end, I was able to adjust the position of the pectoral fins by reducing the width of the fins in the middle, for the dorsal and tail fins, to half of the basic grid.

In order to find the right structure this time, I had to go through trial and error by actually folding the paper many times. Of course, a certain amount of practice is necessary, but I feel it is necessary to be able to place each part appropriately in the paper more sensitively.

4-2. Accuracy of the abstraction

For simple works, I decided to publish the development diagram of the basic form, so if you are good at folding, I hope you will give it a try. I also wrote about the process of creation in relative detail, so I’d be happy if it could be of help to someone else.

I will continue to update this page about once a month, so please bear with me if you do. 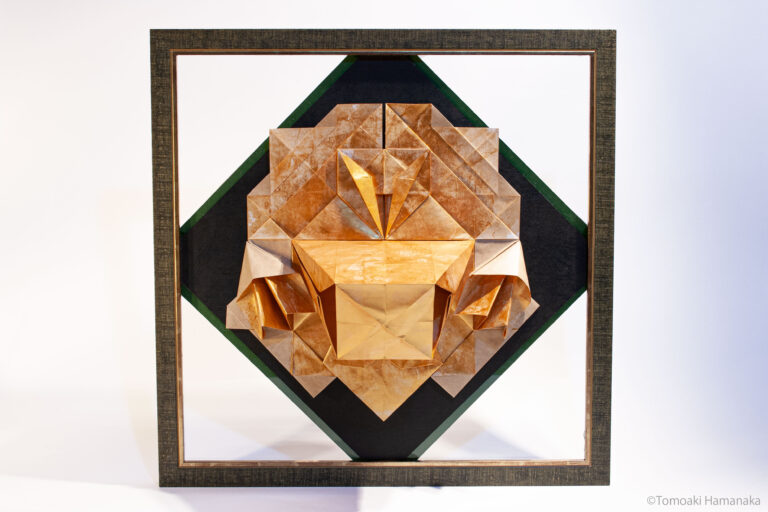 日本語版はこちら CONCEPT A derivative of “ORI-MULTIDEMENSIONAL-LION“. I made this to show the fun of how r … Continued 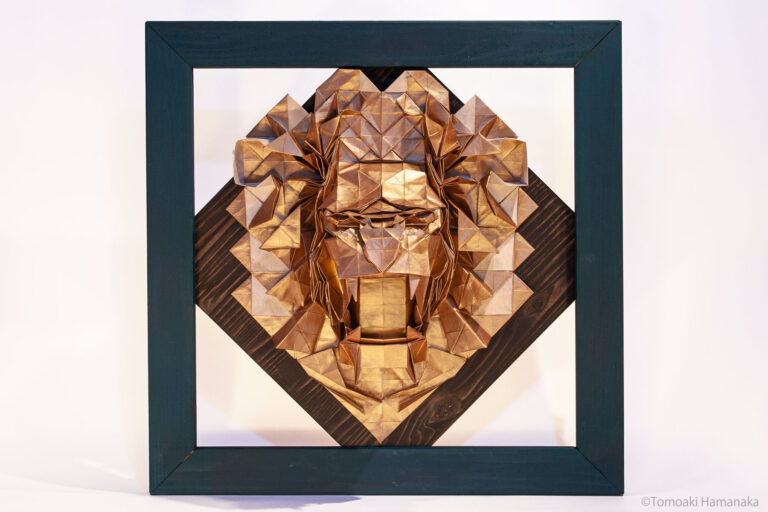 日本語版はこちら Another Version: S-ORI-LION INTRODUCTION It was when I was folding an “ORI INMATURE DEER” … Continued 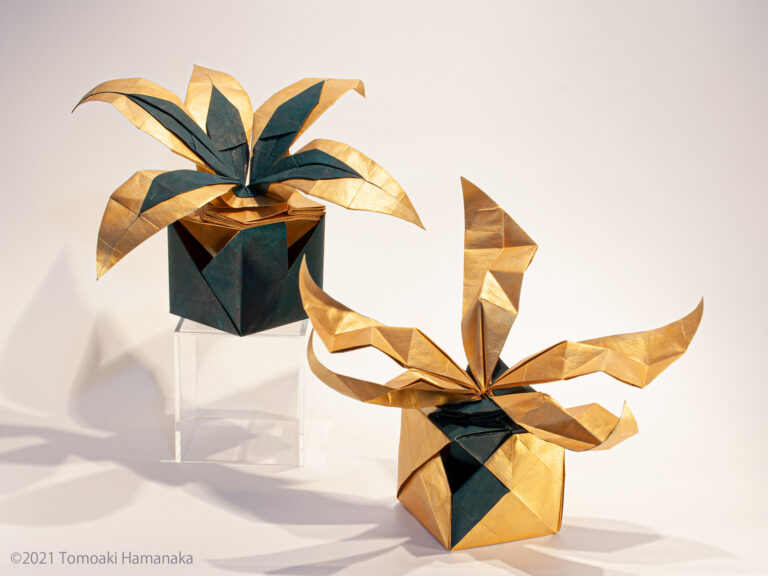 I think that when we interpret a word, we compare it with the vague image we have of it. For example, when you see the word “houseplant,” that’s what you think of in your mind. I want to actually take that vague image in my mind and look at it carefully.